Nollywood actress Eniola Ajao has thrown a subtle shade at her colleagues.

While sharing a deep message with her fans, the Yoruba actress took a swipe at them for their fake lifestyle.

Eniola said that she understands that there are so many distractions, but she is constantly staying focused.

Eniola admonished her millions of fans to remain focused and not seek validation.

Shading her colleagues, she advised her fans to block the noise and be their authentic selves.

“I understand there are so many distractions out here but you have constantly stay focused on your goals and do not seek validation from no one. Block the noise and be your authentic self”.

In similar news, Eniola Badmus had taken a swipe at her colleagues like Mercy Aigbe, Laide Bakare, and others, who had been in the news over their loud lifestyle.

Now shading them and praising herself for keeping a low profile, Eniola Badmus, whose body transformation is still the subject of discussion on the lips of many Nigerians, had bragged that no one knows what was going on in her life because she is very private.

Eniola Badmus wrote “My biggest flex is that nobody ever knows what is really going on in my life. Where I am, who I’m with or my next move unless I make it known! Therefore anything anyone says is just an assumption. Privacy is the only luxury. Privacy is peace.”

FlakkyshukkyTv news recalls Eniola Ajao had taken to her social media to share jaw-dropping photos as she celebrated her birthday on 21st January 2022.

Eniola Ajao dazzled in a dress and black ball-gown dress, with different hairstyles and beautiful makeup in the photos.

Eniola Ajao expressed appreciation for the gift of life and happiness, stating she might not be the richest or the world’s president, but she had joy, peace of mind and the gift of life.

In her words: Emi lo lo pe, emi ma lo lo pe o! E wa Wo se BABA, e wa Wo Ore BABA la ye mi; emi ma lo lo pe o! _
It is with great pleasure that I am here to celebrate another year of my life. On this special day of mine, I just want to give thanks to the almighty God for the gift of life and happiness.
I pray that He continue to bless me throughout the year. I might not be the richest person in the world or the world’s president but I have happiness, peace of mind, and most importantly the gift of life…”. 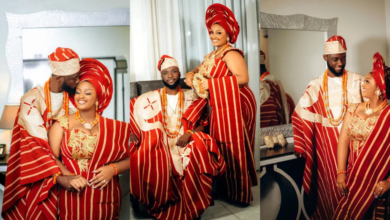