Kunle Adeyanju, the duccessful London to Lagos biker has sent social media users into a frenzy with his message to Zenab This comes hours after the pretty Ivorian lady returned to her country having hit Nigeria to give Kunle a warm reception on May 29 Kunle who has been open about his liking for her has again expressed his desire to be with her in a viral tweet

Man of the moment, Kunle Adeyanju who successfully crossed over 16 countries from Lond and arrived Lagos via his motorcycle has not given up on his interest in the Ivorian lady, Eba Zenab. Zenab came into the picture of Kunle’s historic charity ride after he tweeted about how she supported his charity with a whopping $1,000 (N415k) upon his arrival in Cote D’Ivoire.

Man of the moment, Kunle Adeyanju receives free plot of land from real estate firm Kunle still wants to be with Zenab.

@lionheart1759 Source: Twitter Zenab would go on to be a great support system to Kunle up until his arrival in Nigeria and was part of the many folks who received him in Lagos as she jetted into the country. But Kunle hasn’t got over the woman and recently tweeted about how he misses her.

The Offa-born entrepreneur, who had revealed he wants to have Zenab as a partner, tagged her with lovely photos they had taken together as he appreciated her for being a great support to him. 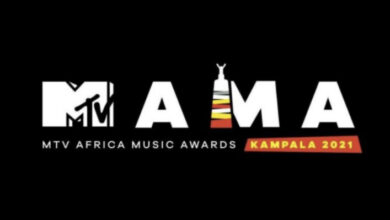 MTV Base Reveals Why MAMA 2021 Was Postponed