Desola Afod, the self acclaimed celebrity wife of actor, Kunle Afod has blown hot at those who snitch on their friends in order to gain more friends.

She stated that because one post and tag people as ‘rich and generous’ doesn’t mean they would be generous to others.

Desola Afod noted how many are just downgrading themselves and showing off their level of stupidity.

She sternly warned them to stop snitching because they want to be friends with their other friends.

“For the last time…. Stop snitching on your friends cos you wanna be friends with their other friends. Because we post people and tag them rich and generous doesn’t mean they will be generous to you when you famz them. Una go just dey downgrade una self dey show your level of stupidity”.

FlakkyshukkyTv News recalls Desola Afod, had blown hot at those spreading rumours about her marriage.

Desola Afod, who describes herself as a celebrity wife, didn’t hold back at lashing out at those wishing her marriage ill luck.

Her outburst came after faceless blogger, Gistlovers exposed the dirty things the self-acclaimed celebrity wife put up with to remain married.

Gistlover described her husband as a public toilet who was fond of sleeping with his film school students, which Desola was fully aware of.

Reacting to it, Desola Afod offered a sweet prayer for her haters, she wished them double what they wished her.

“May God give you double what you wish for me”. 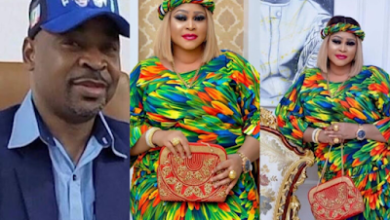 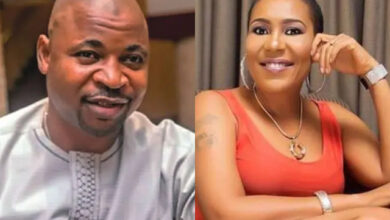